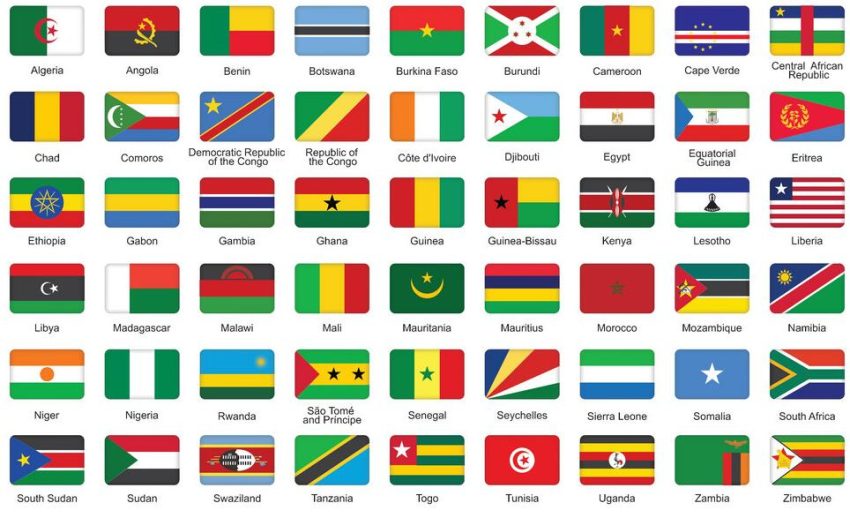 Africa is the Sahara’s oceans of sand, the high and snow-capped Kilimanjaro, the impassable jungle and endless savannas.

Egypt’s pyramids and temples testify to the fact that the world’s first scriptural culture originated in Africa. Modern, urban life gallops in cosmopolitan Nairobi, while traditional patriarchal and matriarchal cultures still live with nature as their closest ally.

Africa is the cradle of humanity? 7 million years old evidence of human existence on the continent has been found!

Africa is the only continent where the equator and the zero meridian intersect?

How many countries are in Africa? The following table presesents all of the 55 countries in the continent of Africa. 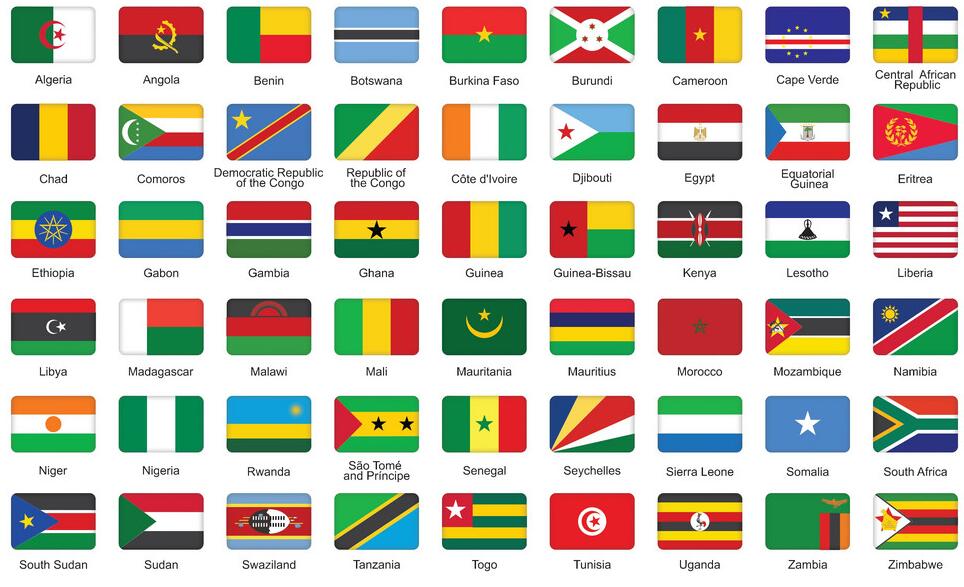 Source: Flags of Countries in Africa

Africa is the world’s second largest continent, and perhaps the most diverse. 900 million people populate the continent from Pharaohs’ Egypt to beautiful Cape Town at the foot of Table Mountain in South Africa; from hip Senegal in the west to east-facing Kenya that breaks all records in both wildlife and tribal people. Exotic Africa has always inspired the imagination of Europeans and attracted adventurers from the curious Livingstone to colonial masters in search of cheap labor, cheap raw materials and of course power and prestige. The ancient Greeks called everything south of the Sahara Ethiopia, and the vast amounts of unknown land evoked notions of horrible beasts and distinctive, human-like creatures.

One of the classic ways to travel in Africa is safari. Nothing beats seeing the wild animals, which we recognize from the zoo and the animal programs on television, in their natural surroundings. A ride in a four-wheel drive jeep between giraffes, wildebeest, zebras and the famous “Big Five” – ​​lion, leopard, elephant, rhino and buffalo – is the ideal way to experience the magnificent, African nature and guarantees an unforgettable holiday. East and southern Africa with countries such as Kenya, Tanzania, Zimbabwe and South Africa offer lots of exciting national parks where the many different animal species are well represented, so there are good chances to see them all.

For those who are interested in history and highly developed ancient civilizations, Egypt is a given destination where you can bring Cleopatra, Tutankhamun and the great sphinx of Giza into life. All this can be experienced on a round trip, possibly in combination with a Nile cruise.

But, of course, the African continent has much more to offer, including the beautiful, palm-fringed sandy beaches of the Seychelles and the Kenyan coast facing the Indian Ocean. And also golf trips of course. Here, above all, South Africa with its mild climate and fine golf courses is a good destination.