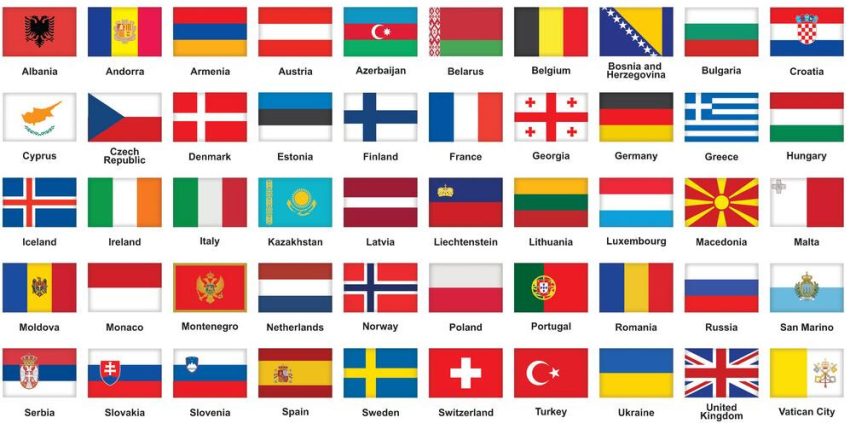 From the barren peaks of the Caucasus and the cobbled alleys of Riga to the wild and beautiful lava landscapes of Iceland. Lavender-scented archipelago in Croatia and the Mediterranean that clings to Greek island pearls, mythical places where the sirens live… And then Tuscany that attracts with vineyards and wonderful food culture. Almost like home – but always wonderfully new: Europe.

Europe is both the smallest and the most densely populated continent?

Istanbul is the only city located on two continents, namely Europe and Asia?

Contrary to most Europeans’ gut feelings, there is disagreement among experts as to whether Europe can be called a continent at all. Strictly speaking, Europe is only a peninsula to Asia, and the perception of Europe as an independent continent depends on culture and tradition rather than on strict geological principles. For the same reason, there is also no fixed, logical border between Europe and Asia, but most people draw it on the Ural Mountains and down through the Bosphorus, which means that only a small part of Turkey belongs to Europe. A similar confusion applies to Greenland, which is politically European, but geographically belongs to North America.

How many countries are in Europe? The following table presesents all of the 46 countries in the continent of Europe. 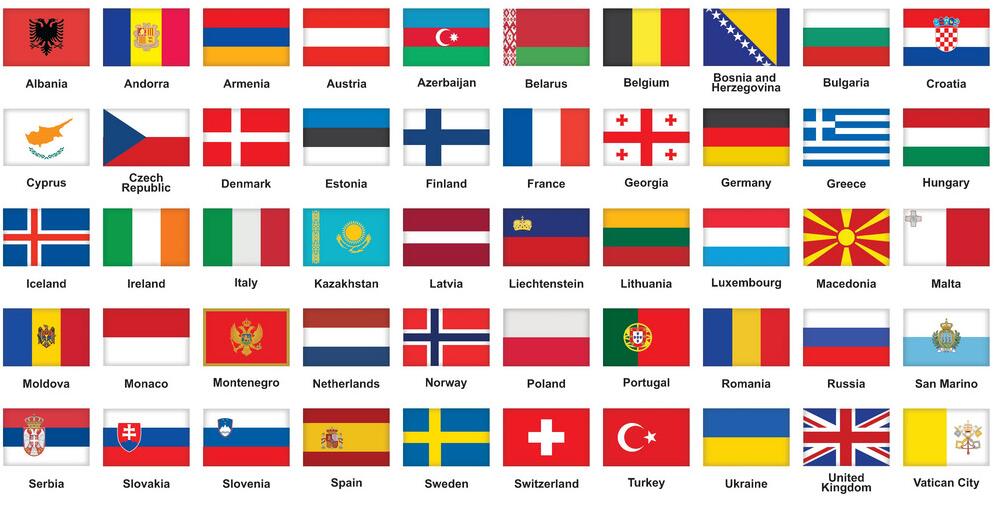 Source: Flags of Countries in Europe

Geographically, Europe, or the Asian peninsula, can be likened to a kind of skateboard ramp with mountains in the northern and southern regions and a large, fertile plain in the middle. The prevailing view of Europe as a natural and landscape-like fairly smooth continent is not entirely justified. For example, the mild climate that Northern Europe has been blessed with in relation to latitudes is a rather extreme phenomenon. In Iceland and Italy there are volcanoes and in the Swiss Alps, in Iceland and Greenland you will find vast glaciers. In addition, there are the Norwegian fjords that cut into the steep mountain sides, and which are among some of the world’s longest and deepest. 90 percent of Europe has been covered by forest, but the vast majority of the natural forest stock has long since been given space for arable and grazing land.

The Parliament House on Ringstrasse in Vienna

However, human activity has not only had negative consequences: Europe was also the place where the idea of ​​democracy arose. From the Roman Empire, most countries in the world have adopted the ideas of the legal system and the organization of society. European history also includes less pleasant phenomena such as crusades and missionary work, and in the 15th century a real boom of voyages of discovery began over large parts of the world. In this way, almost all European countries became colonial powers and could derive great benefits from the trade in goods from the colonies. In recent times, Europe’s history has been marked by world wars, and most recently by new members of the European family as a number of countries in Central and Eastern Europe have become independent states.

European countries can meet the needs of most people for an exciting holiday. For example, northernmost Europe is perfect for different nature experiences and trips with a focus on wildlife. In Southern Europe, unique cultural and bathing holidays await, while the vast forests and wide rivers of Eastern Europe encourage river cruises. That you do not have to travel to distant continents for special holiday experiences, you discover when you stand face to face with a calving glacier in Greenland, enjoy the peaceful atmosphere of the Alhambra in Andalusia or almost get lost in the countless halls and rooms in the Winter Palace in St. Petersburg.