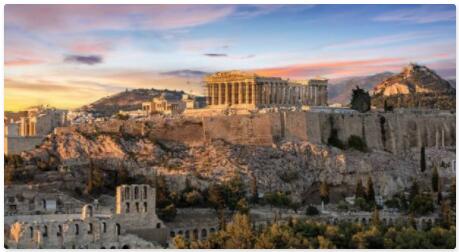 Rent a car in Greece – flexible on the move

If you want to see as much of the island or mainland as possible during your Greece vacation, you can book a rental car. It is best to do this in advance so that you can receive the rental car directly at the airport. So you start your vacation relaxed and can start a tour of Greece. There is even the possibility of booking a package tour and rental car directly in one. Nothing stands in the way of an exciting vacation.

All information for your Greece vacation

When we feel like a break with great beaches, crystal clear water and beautiful nature, many of us think of Greece first. The Balkan state is considered a vacation destination popular as ever and worth more than just a trip. There are so many different places here where you can spend an unforgettable vacation. The numerous Greek islands, the great cities and regions on the mainland – everyone will be happy in Greece. Spend a sun-drenched time on the countless beaches and in between you visit the historical sites and ruins that are witnesses of antiquity. Follow in the footsteps of the great thinkers and philosophers and get to know the natural beauties of Greece. The country in south-east Europe knows how to inspire with many facets. The hospitality of the Greeks is unparalleled and they can cook great too! Let yourself be drawn into the spell and fall in love with the many sides of Greece.

Everything you should know about the destination Greece can be found in this free travel guide. You will not miss anything on your vacation and you will be well informed.

Greece’s location between the Mediterranean, Aegean and Ionian Seas gives the Hellenic Republic a Mediterranean climate. This climate is characterized by hot and dry summers and mild and humid winters. The spring is short and lasts from March to May During this time the temperatures rise to 20 degrees Celsius and more and the flower kingdom shows itself from its most beautiful side. When spring passes, summer quickly arrives with hot temperatures. The summer months beckon in almost every region with temperatures of 30 degrees Celsius and more. They last until October, when the Greek winter makes itself felt with more rainy days.

Although there is a Mediterranean climate in Greece with the typical characteristics, there are regional differences. For example, the mountainous regions as well as the north of Greece are generally a bit fresher than the southern and flat areas. In the mountainous regions it can snow in winter, so the mountains are perfect for winter sports. The summer months lead to hot and dry weather in the mountains and it is time for a beach holiday in the entire country. The weather on Crete, Greece’s largest island, is already a bit hot in summer and with little rain. 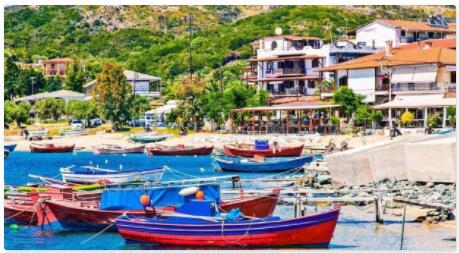