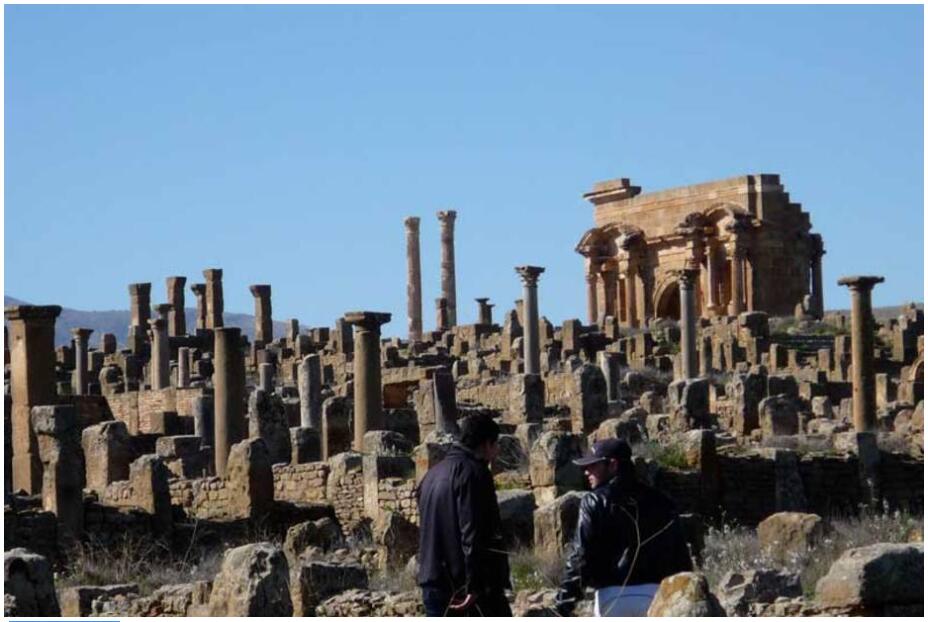 Traces of human settlement have been found in Algeria for 2 million years, for example at Ain-el-Hanech in the northeast, where Stone Age utensils such as hand axes or striking and throwing tools were found. Much is in the dark, but since around 20,000 BC. There is evidence of a settlement in northern Algeria by nomads. Around 6000 BC The cave paintings of Tassili were created in the south-east of Algeria. The approx. 15,000 pictures often show hunting scenes and illustrate the flora and fauna of that time.

Before the Arab conquest

The originally Berber population (the origin of the name is not clearly established) settled in the Algerian north and west. Two Berber empires, Numidia in what is now Algeria and Tunisia and Mauritania in what is now Morocco, rivaled each other and were ultimately captured by the Roman Empire after the 3rd Punic War. The Roman capital of Algeria at that time was Caesarea (today Cherchell), about 90 km east of Algiers. Numerous traces testify to the Roman culture, e.g. in Timgad near Batna in the northeast. 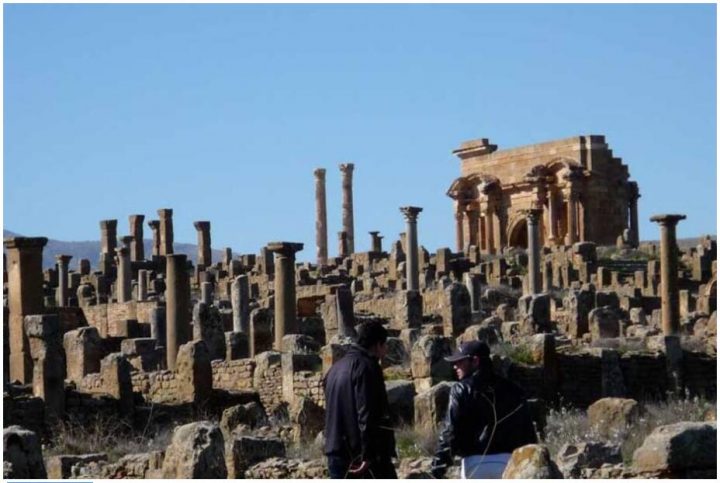 From the Arab conquest to Ottoman rule

At the end of the 7th century, Algeria was conquered by the Arabs after the unified Roman Empire collapsed; However, it continued to exist as Eastern Stream (Byzantium) until 1453 and was only then conquered and Islamized by the Ottomans. In Algeria, the Arab conquest was followed by an interplay of Islamic dynasties; The supremacy changed several times between Shiite and Sunni ruling families, who either aligned themselves with Muslim rule in Andalusia or in centers of power in North Africa east (Tunis, Cairo) or west (Tangier in Morocco).

In the course of the Spanish Reconquista, northern Algerian cities were also occupied by Spain, such as Tlemcen and Cherchell, and Muslim corsairs under the leadership of Khreredin Barbarossa took the opportunity to ally themselves with the Ottoman Sultan in Istanbul, to submit to him to fight the Spanish and finally to expel. In the course of the power competition between the Ottoman Empire and the emerging European nation states, Algiers developed into a corsair base (the corsairs were subordinate to the Ottoman Sultan in contrast to pirates who worked on their own account); European ships were targeted on raids in order to capture slaves, either for high ransom (including the Spanish poet Miguel de Cervantes) were exchanged or used as labor. The evaluations of the Algerian corsair activity in the service of the Ottoman Empire diverge: this is sometimes interpreted by the Algerian-Arab side as a quasi-anticipated anti-colonial struggle for retention and liberation. Miguel de Cervantes and the other people affected may have perceived it differently.

According to businesscarriers, the local rulers of Algiers, the Deys, enjoyed great independence from the Ottoman sultan, but were subject to tribute to him. With the emerging modernization of the European countries in the course of the Renaissance and the development of handicrafts, manufacturing and industry, the robbery of slaves and piracy increasingly lost their importance, the “business model” of the corsairs was no longer up to date. The Algerian Deys became heavily indebted to France in order to be able to finance the constantly increasing imports of European goods.

After France had occupied central coastal cities on a pretext in 1830, it continued to expand its occupation. Algeria was systematically colonized. Before that, however, between 1830 and 1848 the resistance of the Algerian national hero Abdelkader had to be met who temporarily managed to anticipate the vision of Algerian nationalism and inflicted significant defeats on the French army, so that he was even recognized by France as the ruler of Algeria (emir), who was only formally subject to French suzerainty. Abdelkader, possibly badly advised, was not satisfied with this, but sought the final decision and resumed the war. France waged a kind of total war against him and his allies using all resources, which he was ultimately not up to. However, he remains a respected figure in Algerian history.

In 1848 France annexed the northern part of Algeria and declared it an integral part of mainland France. Three “Départements Outre Mer” – DOM-TOM and DOM-ROM – (Algiers, Oran, Constantine) were created at that time, a fourth was added in 1957 with Annaba and Bône). European settlers were brought into the country in large numbers and the native population was driven from their lands or expropriated. An uprising in 1870 was brutally suppressed, 25% of the population are said to have been killed or starved to death, 70% of the local land holdings therefore went to French settlers.

However, there are no really valid numbers and statistics. The common reading of historiography critical of colonialism assumes 1-1.5 million deaths in the period from 1850-1890. This is also the time frame for the Emir Abdelkader’s war of independence against the French. On the other hand, the total population increased from about 2 to 6 million between 1890 and 1930 and then to 10 million by 1962 (currently about 40 million), which corresponds to about a fivefold increase from 1890 onwards.

With the code d’indigénat – also known as the “stick code” – a special jurisdiction, a kind of apartheid system was created for the local population, which remained in force until 1962.