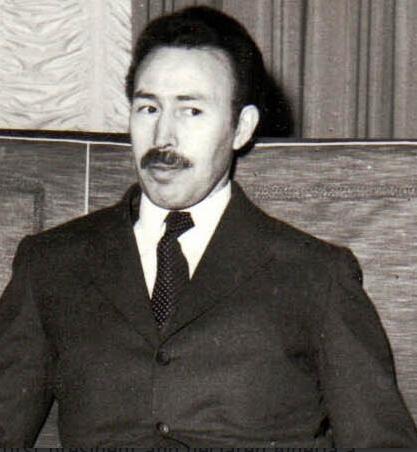 Despite – or because of – all the harshness and military superiority, the legitimacy of the French occupation was not recognized. Famine and excessive violence undermined their basis of legitimation, the integration of the local population in a common Algerian-French identity was not seriously pursued; a million Europeans and 10 million indigenous Algerians lived side by side. Native law based on Islamic Sharia law and European legal standards coexisted unrelated and sometimes led to schizophrenic situations for Algerians, for example with regard to women’s dress codes.

According to cheeroutdoor, 136,000 Algerians fought on the side of the Allies in World War II. During the victory celebrations on May 8, 1945, calls for Algeria’s independence were loud; in Setif the police then shot into the crowd. Then the violence escalated nationwide and there are rumors of 25,000 Algerians killed in massacres by the French army and armed settlers. However, there were also assaults and murders of Europeans beforehand.

As a result of the radicalization on both sides, the FLN (Front de Liberation Nationale) was able to establish itself as the leading force on the Algerian side, which ousted the violence-rejecting movement Parti Populaire Algerienne from Messali Hadj.

In an ominous spiral of violence and counter-violence, in which the French army always dominated the FLN militarily, the situation became more and more hopeless and costly. The violence emanating from the FLN also turned massively against Algerians themselves, namely against alleged fellow travelers and collaborators in order to isolate the population from the occupying power.

The process of Algeria’s independence was also a crucial test for metropolitan France, which at times threatened to cross the threshold into civil war. There was an unsuccessful military coup in Algiers, eventually the founding of the underground army OAS, and several assassinations on President De Gaulle, some of them just failed.

On March 18, 1962, independence was agreed in the Treaty of Evian. Although the FLN had no military chance against the French army, the prospect of a decades-long attrition and civil war in Algeria with horrific costs and losses was the decisive factor in accepting independence.

A referendum on independence was then held on July 1, 1962, in which 99% voted in favor, including many Algerian-French people. The provisionally appointed transitional government soon fell out; a group around Boumedienne took power in a coup-like process. There were thousands of deaths; the legitimacy of this faction’s takeover of power – with the subsequent rule of the unity party FLN from September 1962 – is still widely questioned today (and is seen by many as an essential reason for the failure of successful and sustainable development).

About one million French Algerians, the so-called pied-noirs, then fled the country. 150,000 Harkis, actual or supposed collaborators with the French occupation forces, were left to their fate and most of them were murdered.

The traumatizing decolonization brought the FLN to power. But their victory contained the seeds of future dictatorship and civil war. France, on the other hand, got rid of the burden of Algeria after de Gaulle achieved his goal of making France a nuclear power through tests conducted in Algeria. Algeria had become dispensable for France, its loss manageable.

The exodus of one million Algerian-French people after independence was not only a shock for those affected, but also meant a heavy bloodletting of skilled workers, which continues to have an impact today. Fighters from the FLN or other beneficiaries of the new regime moved into the abandoned houses and apartments.

The power struggles in the FLN now broke out openly; the culture of violence triumphed. The FLN leader Ahmed Ben Bella became the first president and declared Algeria a socialist and Islamic nation: nationalization of the economy, unity party and synchronization of the media. Dissenters and opposition activists were persecuted, imprisoned or died in unexplained circumstances, such as the FLN’s chief negotiator in Crimea Belkacem.

Boumedienne, a pious but power-conscious ascetic visionary who detested the secular culture of France and the West as decadent and desacralized, remained in office for 13 years; he tried to industrialize the country with the proceeds from the oil export according to a grand plan and relied on turnkey production facilities imported from abroad, especially in the iron and steel sector. The de facto violent industrialization, however, brought severe social upheaval (e.g. forced urbanization) – but ultimately many of the large companies and combines had to be closed again: the big leap forward did not succeed. Instead, the power structures solidified with the army and the state party FLN as the main beneficiaries, who divided the returns from the oil and gas business among themselves.

In the mid-1980’s, the failure of Boumediennes’ socialist development model became evident. The imported heavy industry was not competitive compared to the competition on the world markets, and there were also serious management and quality problems. In addition, the production of everyday goods and agriculture had been neglected in favor of heavy industry. This was collectivized according to the socialist model; production then fell by half in the 1970’s of the state before independence. As a result, food and consumer goods were imported on a large scale instead of self-produced. Paradoxically, the attempt to make the country independent by building heavy industry had made it more dependent on foreign countries.

It is true that after Boumedienne’s death in 1979, his successor Chadli Benjedid corrected some undesirable developments and said goodbye to Boumedienne’s misjudgments. But Boumedienne’s legacy weighed heavily (urbanization, youth unemployment, housing shortage). In addition – a significant parallel to the current situation – the oil price fell in the second half of the 1980’s, so that the regime found itself increasingly deprived of its resources for supplying the population, while the regime’s elites, consisting of the military and FLN, continued to live very well. Due to the unsuccessful development policy, Algeria was temporarily insolvent in the wake of falling oil and raw material prices, and in 1994 had to turn to the IMF turn around and accept an alleged dictation, ie a severe restructuring program.