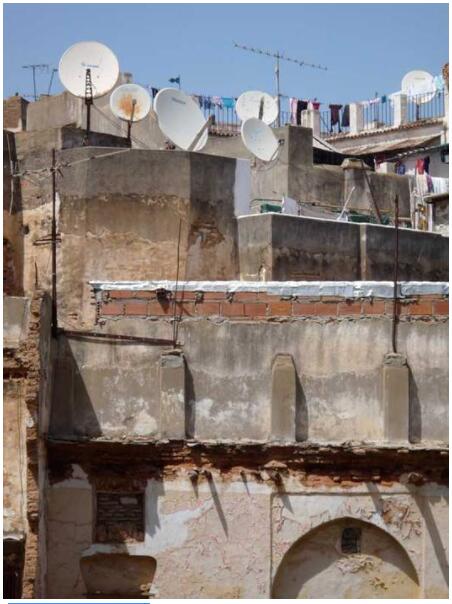 After serious unrest on October 9, 1988 with several hundred deaths, Chadli had to initiate democratization and in 1989 approve a new democratic constitution. It provided for the separation of party and state, parliamentary responsibility, pluralism, political freedoms and guarantees of human rights. Simultaneously with the deterioration of the economic situation, promoted by the Islamic revolution in Iran, Islamism had taken a strong boom; Large parts of the population turned away from the regime and turned to the Islamist party FIS (Front Islamique du Salut, Islamic Salvation Front).

On December 26th, 1991 the first round of parliamentary elections took place, which the FIS won with 47% of the votes. A multitude of obscure political maneuvers had preceded it; reformers and opponents of reform fought each other within the regime. The FIS, whose membership and ideology was also quite heterogeneous, had challenged the regime and the army through its chairman Abassi Madani and his deputy Ali Belhadj and made massive threats that the rulers and parts of Algerian civil society not only for influence and privileges, but also had to fear for their lives.

The electoral process was then canceled, President Chadli moved to resign and the FIS banned. One of the heroes of the struggle for independence, Mohamed Boudiaf, who had been kicked out of the country, was installed as the new president.

Why was the electoral or democratization process broken off?

The spectrum of interpretations ranges from a “self-defense reaction of civil society” against a totalitarian Islamist takeover to a regime-controlled termination of democratization with the election victory of the FIS as a pretext. This was followed by the civil war, which lasted from 1991 to 2001 and has not yet ended in some regions. It claimed up to 150,000 victims (or more) and, from a military point of view, ended in a government victory over the GIA (Groupe Islamique Armé) and the FIS-affiliated AIS (Armée islamique du salut).

After these traumatic experiences, the greater part of the Algerian population is now skeptical of a political-Islamist project, which is also empirically expressed in the election results.

As the civil war subsided, the ex-Foreign Minister Boumediennes (and his closest confidante), Abdel Aziz Bouteflika, who had returned from Saudi exile, was elected president in 1999 and confirmed in 2004 and 2009 (for which a constitutional amendment was required).

Bouteflika wanted to end the civil war by pursuing a policy of reconciliation without going deeper into the matter by “forgiving and forgetting” and held a referendum on this in 1999, in which the policy of the “outstretched hand” was confirmed.

A “ Charter for Peace and National Reconciliation”, which was confirmed by a referendum in September 2005, provides amnesty options as well as compensation for victims and financial reintegration aid for former terrorists, which they made extensive use of.

At the same time, an unspecified number of fighters who call themselves GSPC or AQMI have remained active to this day and who have not responded to Bouteflica’s attempts at reconciliation and reintegration and who are mainly financed by robberies and kidnappings.

The number of people who disappeared virtually without a trace during the civil war (and were presumably kidnapped and killed) is estimated at around 10,000. The total death toll is believed to be around 200,000.

In the last parliamentary elections in 2012, the political forces close to the president were able to prevail, the Islamist forces once again missed the hoped-for election victory.

The problem of the patriots

According to commit4fitness, in the years of the civil war after 1994, the Algerian state tried to mobilize society against the uprising of the armed Islamists by setting up parallel military structures; rural militias were created and armed; around 80,000 firearms were issued. Vigilante groups were formed to guard their villages and, based on their local knowledge, provided the army with information about the operations of the Islamist terrorists.

But there are also reports of the militia becoming independent and individual attacks through to potentially serious human rights violations and the partial slide into crime and banditry. However, the militias may have played a major role in the suppression of the Islamist uprising, but practically operated in an almost unlawful area.

Understandably, after the civil war subsided, the state tried to collect the weapons that had been issued. A weakening of the state’s monopoly of force is unacceptable in the long term, but on the other hand, many militia officers, for understandable reasons, gave their time, health and their lives to protect Algerian society from the Islamists coming to power.

Many of those who, from their point of view, defended their fatherland at the time, today complain about the neglect and disdain on the part of official politicians, as their legal status has apparently not yet been definitively and clearly clarified and corresponding announcements and promises have not been implemented in a practical manner. In contrast, the regulations for the reintegration of repentant ex-terrorists are evidently well implemented, which is very attentively registered by the ex-militiamen or “patriots” and has led to protests and actions; The pledges that had not been kept were pointed out in a nationwide campaign.