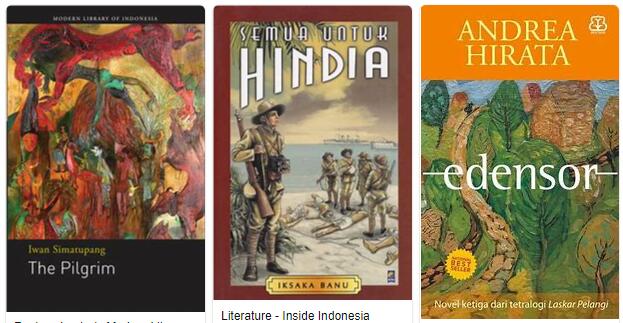 Area and population. – According to the 1971 census, in the Indonesia, on a total area of ​​1,904,345 km 2 (since 1963 in fact the former Dutch New Guinea, of 412,781 km 2, has been entrusted to the Indonesia by the UN as trustee) lived a population of 119,232,440 residents. The value of average density – 62 residents per km 2– little or nothing tells us about the effective distribution of the population, which, leaving extensive areas and some islands almost completely depopulated, thickens as far as possible in a few more fertile or in any case more favorable regions from an economic point of view, creating imbalances and problems that are not easy to solve for the state. Almost two thirds of the population live in Java, the island which, with an area equal to about one seventh of the national territory, has a density four times higher than that of Italy. Moreover, its population, instead of decreasing to the advantage of a more equitable territorial distribution, tends to increase, because the better economic possibilities that the island offers compared to the rest of the country attract a certain immigration flow and make the economic take-off of the other islands still uncertain. The high annual rate of increase (1963-72: 2.1%) contributes to making the general socio-economic situation more serious, which it is difficult to contain within more acceptable limits: despite the measures taken also in the government, the coefficient growth rate fell by only 0.1% compared to the previous decade, too little to mitigate the strong demographic pressure (in a 1974 estimate, 127,586,000 residents, excluding Irian Jaya).

The predominantly rural population, even when it thickens in populous cities but more like immense villages than functional urban centers, is made up of Indonesians and Madurese, while in Western Irian, corresponding to the newest territory of the state but also more backward, there are Papua and Melanesians of Australoid origin. The Toala, negroids believed to be the aborigines of the islands, are concentrated in Celebes.

The Indonesians devote themselves mostly to agriculture and only in Java the picture of economic activities is somewhat diversified; therefore, still limited is the phenomenon of urbanism, which for the moment affects only Djakarta (4,576,000 residents) and Surabaja, the country’s main commercial outlet (1,556,255 residents); in Sumatra, however, Medan and Palembang are growing in importance, the latter developed following the discovery of large oil fields in the surrounding region.

Most of the population (over 80%) continues to prefer life in the kampong, a typical Malaysian village with a closed economy which is still widespread.

Routes of communication. – Only after 1967 was the government taken measures for the creation or strengthening of existing road infrastructures and the fitting out of new ports and railways.

The road and rail network is therefore still lacking, well-equipped ports are few, despite the great importance of maritime trade in the life of the country, while air traffic is experiencing a more rapid impulse.

The Indonesian people, however, continue to use traditional means such as the praho of ancient memory and often prefer forest paths and waterways to more modern ways.

Foreign trade has been boosted by recent mineral discoveries, as is the case with oil which alone accounts for about half the value of total exports and has made the trade balance active in recent years. Among the commercial interlocutors of the Indonesia Japan and the USA are mainly involved, while the role of the Netherlands is becoming increasingly irrelevant.

Literature. – Modern Indonesian literature dates from 1928, the year in which the famous Indonesian youth congress was held in Batavia (Djakarta), of which still today, on October 28, we commemorate the triple resolution of a single country, a single people, one language. This language is Malay, named Bahasa Indonesia since that date, and the symbol of the new literature is a small collection of poetry by Muhammad Yamin (born in 1903), entitled Indonesia, Tumpah – darahku (“I., my homeland”). Rustan Effendi and Sanusi Pané are two other poets of the first generation of the new Indonesia, while the first novel, Sitti Nurbaja, published in 1922, is the work of Marah Rusli. Other prominent pre-war novelists are Abdul Muis, author of Salah Asuhan (“Wrong Education”), and Nur St. Iskandar. The period between 1933 and 1942 (year of the Japanese occupation) is dominated by the literary magazine Pudjangga Baru and by writers and poets such as Takdir and Amir Hamzah. A setback occurred with the Japanese occupation of 1942, but the proclamation of the Indonesian republic (August 17, 1945) coincides with a revival in the literary field, albeit with different characteristics compared to the pre-war years. The main poet of what was called Angkatan 45 (“Generation 1945”) is Chairil Anwar, while Pramoedya Ananta Toer excels in prose, author of many short stories and novels, including Keluarga Gerilja (“A guerilla family”), which presents some phases of the struggle for independence through the history of a family of Djakarta. For Indonesia 2001, please check naturegnosis.com.