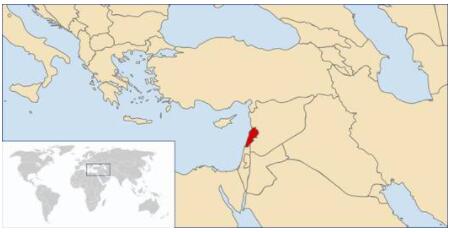 Lebanon is a diverse country with a long history, beautiful nature and many sights. It is a melting pot of Orient and Occident and yet, as a country in the Middle East, it is at the center of a conflict-ridden region.

On August 4, 2020, there was a huge detonation at the port of Beirut, which destroyed large parts of the port. The blast from the explosion wreaked havoc, killing 190 people and injuring more than 6,500. According to civil society, around 250,000 have lost their houses and apartments. Several hospitals were so badly damaged that they were taken out of service. UN observers put the direct damage to the Lebanese economy at up to five billion US dollars.

Very soon after the explosion it became clear that corruption, mismanagement and the absence of the Lebanese state were responsible for the devastating detonation of 2,750 tons of ammonium nitrate, which for six years had been negligent and without any security precautions in an unprotected warehouse at the port. Security experts have warned the Lebanese government several times, most recently in July 2020, a few weeks before the disaster.

The anger drove many residents of the country back onto the streets. The protesters denounced that the country’s political elite had failed to organize the most basic needs of the people and had become a mortal danger for the citizens. The government came under increasing pressure, so that Prime Minister Diab proposed early elections and announced his resignation on August 10, 2020. His government is in office until a new government is formed. In a televised address, Diab blamed the widespread corruption in the country for the massive detonation. It is bigger than Lebanon.

President Emmanuel Macron had tied the help of the world community to stabilize Lebanon with the rapid formation of a government. The Lebanese ambassador in Berlin Mustafa Adib was supposed to lead a government made up of experts in line with the French initiative. But he has already failed in the formation of such a government. Confessionalism and the interests of the political elites based on it presented themselves as insurmountable obstacles. Once again the political system proves its inability to react to crises. All Lebanese seem to be waiting for an outside solution.

Because of the spread of the coronavirus, Lebanon has declared a national health emergency. All borders, the only airport in the country and ports in the Mediterranean country are closed.