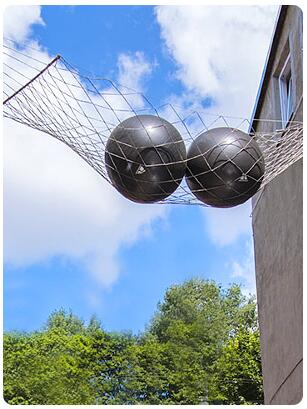 Organized trips are made to Kaunas, but not very much, and the majority of Finns travel there on their own. There are few direct flights, and it is easier to get to Kaunas via Vilnius and also Riga. Kaunas is a destination that you may not want to go alone, but it is best to include another city destination, of which Vilnius is the closest.

A self-employed traveler can move from Finland to Kaunas on direct flights from Turku, but in other cases you must first fly to Vilnius. You can easily get to Kaunas by bus from Riga and Poland, and you can also get there directly from Tallinn or Pärnu by bus.

Kaunas is at its best combined with other destinations, and an air traveler can also spend time in the Lithuanian capital, Vilnius , and it is especially easy to see Estonia and Riga along the way by bus or car. Of course, it is also possible to fly to Riga , and from there by cheap and comfortable buses in four hours to Kaunas.

A direct flight to Kaunas as well as to Vilnius takes about an hour and 20 minutes, and a stopover flight is the shortest in two and a half hours, but such fast stopover flights are only made via Riga to Vilnius.

Wizzair flies from Turku to Kaunas. The flight is short and usually inexpensive, but you have to pay separately for your suitcase. There are usually flights on Tuesdays and Saturdays.

If you want to fly to Kaunas from outside Finland, Ryanair will fly there, for example .

You can view more connections from both Skyscanner and Omi .

It is not easy to get to Kaunas directly from outside Turku, but Finnair flies to Vilnius directly.

Air Baltic, which has become an excellent airline, also flies to Vilnius, and in addition to Helsinki, its aircraft can be boarded in Turku and Tampere. The planes have a stopover in Riga, but it can only take an hour and the trip folds cheaply and quickly.

You can view more connections from both Skyscanner and Omi

By bus to Kaunas

You can travel by bus from Tallinn to Kaunas in 6-8 hours, and along the way there are such cities as Pärnu and Riga. Traveling by bus is popular in the Baltics, there are a few different companies and the prices are reasonable. You can also take a bus from Kaunas to Poland, and Warsaw is just over six hours away. The bus ride to Riga takes four hours and to Vilnius about an hour and a half.

The company with the best buses is Lux Express , which is moving at a fast pace in the Baltics. Its buses make it possible to go to Kaunas from Estonia, Latvia or Poland.

Another good company is Ecolines , which runs a lot through the Baltics. Its buses are best to go to Kaunas from Russia, Estonia, Latvia or Poland.

Traveling Between Vilnius and Kaunas, journeys are mainly made by Lithuanian companies such as Kautra , and the easiest way to view buses between cities is on the Lithuanian bus website . It is also possible to watch buses that run directly from the airports to either Vilnius or Kaunas.

You can even view other connections from Omi .

By rail between Vilnius and Kaunas

It is also possible to travel by train between the capital and Kaunas. It is often faster and cheaper than traveling by bus, and both timetables and prices can be viewed on the website of the Lithuanian Railway Company .

Kaunas is not a popular package holiday destination, but you can also travel there on trips organized by small, local travel agencies.

The weather in Kaunas does not differ much from the weather in Southern Finland, but the differences are longer and warmer summer seasons and somewhat shorter and often winterier winter seasons. The sun shines roughly the same as in Helsinki, ie 1750 hours a year, and in Kaunas it rains roughly the same as in Helsinki, but the rains come less frequently and more severely than in Finland.

The spring of Kaunas begins for many years at the beginning of April, and in April there are no more night frosts and during the day it is well over 10 degrees towards the end of the month. The actual summer seasonhowever, it only begins in May, when the days are 15 to 20 degrees and the sun shines almost as much as in March and April combined. The onset of summer is usually in late May or early June, with typical daytime temperatures of 21 to 23 degrees during the summer and 12 to 15 degrees at night. There are a few heat waves in the summer, and in both July and August there have been 35 degrees from time to time. August is a much warmer month than in southern Finland, and in the latter part of the month and even in September, there are heat readings almost every year. Unlike many other places in Kaunas, summer is the wettest time of the year, and although it doesn’t come very often, it is often very heavy.

Autumn begins in September, when the sun no longer shines like the four summer months and when the evenings begin to get dark early. However, autumn is less rainy than summer, and in many ways it is a good time to visit Kaunas. Temperatures in September are above 15 degrees during the day but below 10 degrees at night.

October is still a good month to be in Kaunas from the beginning of the month, at least in some years, but the terraces disappear from the street view and life moves indoors. The short days are quite cool, so that in October there are barely 10 degrees for a few hours, and the sun shines even less. The actual winter season begins at the turn of October-November, and winter weather is expected as early as November, when it starts to get frosty at night and only a few days the temperature is over 5 degrees.

Winter is an extremely cloudy season in Kaunas and also a rather low-rainy season, with occasional snow. In December, daytime temperatures are usually on the plus side, but in January and February there is also daytime frost. However, severe frosts are quite rare, and major snowstorms are not common either. The nights are from frost well into March, and it is not until mid-March onwards that the days are on the plus side.

Kaunas is a worthy destination all year round, but the best thing to do there is to visit between the beginning of May and the end of August. April and September are also better months than usual to go to Kaunas, and October can also be quite a good month. The December Christmas market also offers an opportunity to see Kaunas at its most beautiful, but the winter weather is not very common before Christmas.

Kaunas has the most visitors in July and August, but even then there are no major crowds. Kaunas has very few visitors during the winter season, so it is the cheapest time of year to visit there in terms of accommodation.